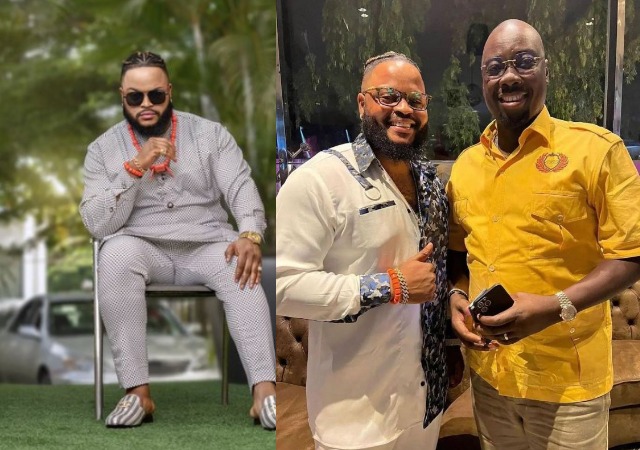 The billionaire hosted former housemates, WhiteMoney and Angel at his ‘Man of the Year’ award celebration which was held at the Hustle & Bustle nightclub on Sunday, October 10th.

In a video that was shared online, WhiteMoney is seen quite ecstatic as he meets the billionaire… he showers praises on the billionaire while speaking in his local dialect, as he shows he’s honoured to be in his presence.

Meanwhile Interior decorator, Ehi Ogbebor has taken to social media to blast the estranged wife of her new boyfriend on Instagram.

Ehi, who is twice divorced, is being dragged online for dating a man people are claiming is ‘married’ but she’s insisting he is divorced.

Taking to her Instagram page, Ehi dragged her boyfriend’s estranged Wife and threatened to post names of her “married men boyfriends.”

Check out this post… “Health Tips: Treatment and Causes of Gonorrhea (STD)”.