In terms of footballing rivalries, not many compare in terms of size to that of the historical battle set for another chapter this weekend, as our Merseyside adversaries Liverpool visit M16

Jurgen Klopp’s Liverpool currently sit four points ahead of United and come into Sunday’s blockbuster showdown in scintillating form, having yet to taste defeat in the Premier League so far this season.

United however, will be as equally as confident heading into the game, having produced yet another dramatic comeback earlier this week, as three second-half goals ensured the Reds clawed back a 2-0 half-time deficit to defeat Atalanta on Wednesday evening.

Manager Ole Gunnar Solskjaer is no stranger to the rivalry and insists once again the game means much more in terms of the progress his team are looking to make this campaign.

“It’s a massive rivalry because of the history of the two clubs,” began Ole as he addressed the media earlier today.

“As you say, the amount of titles and trophies these two clubs have won, and the history between us, the two cities, the football clubs, it’s a rivalry you have to embrace.

“You have to also hold your hand up and say they are a very good club and a very good team. You have to make sure you are better than them and in the last four years they’ve been tremendous and we are in truth chasing them,” added the Norwegian.

It is of course no secret the aims set out by Ole heading into this season, as closing the gap and continuing to progress not only off the field but on it remains a key mantra to the work Solskjaer is trying to implement day in, day out.

With Liverpool of course tasting success not only domestically, but also on the European front in recent campaigns, the United boss admits the gap has been clear too see, but has set his sights on finishing above the Merseysider, for a second consecutive term.

“The last four years, the results we have been behind them. Now we’ve began to take steps but the next big step is to be above them because we we’re above them last season.

“But that’s history and hopefully this season we can achieve something better.” 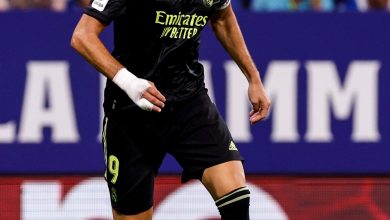