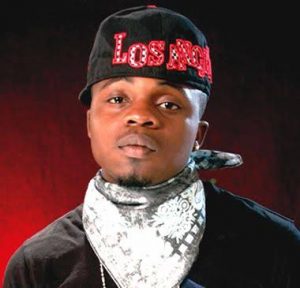 Death is the permanent, irreversible cessation of all biological functions that sustain a living organism. Brain death is sometimes used as a legal definition of death. … Something that is not considered a living organism, such as a virus, can be physically destroyed but is not said to die.

The Nigerian entertainment forum has in decades pushed to emerge as one of the best in the world via the efforts its stars deploy via their passion and talent.

However, death has often struck multiple numbers of these stars leaving so many memories and agony in the hearts of the Nigerian entertainment enthusiasts.

This is because death in recent years has struck considerable numbers of extraordinary artists who the Nigerian entertainment forum are yet to replace to date.

They pushed the image of the Nigerian entertainment forum to an extent that they embossed their status with legendary status but death had a tough B plan.

In this article, we would outline these stars who experienced an astonishing death living the hearts of the Nigerian entertainment enthusiasts in unforgettable agony and memories.

If you muse to know these stars, check out below;

Oladapo Olaitan Olaonipekun who is popularly known by his stage name Dagrin is a Nigerian songwriter and rapper who proved his capability despite his short life span.

The young talent rapper founded the Yoruba rap genre after listening to so many 2pac songs paving the way for young artists like Olamide, CDQ and Zlatan.

He became famous after deploying enough hit songs like Pon Pon and Kondo to his name.  His album C.E.O earned him the Hip hop World Award 2010 for the best rap album. This even infused his status and he emerged as the Nigerian best in 2010.

However, he couldn’t live to enjoy his fame. On 22nd April 2010, Dagrin was involved in an auto crash which ended his dream to become one of the best. Dagrin died shortly after he released his death song “If I Die”

The Nigerian songwriter and singer Sound Sultan also fell victim to sudden death which is yet to fade from the hearts of Nigerians following how he died from the complication of cancer.

The Nigerian actor, comedian, and recording artist were born on 27th November 1976 in Jos where he grew up and acquired his education and ventured into the recording academy.

He did enrol in acquiring guitar abilities and established his genre into singing against bad governance and the world traumas.

However, on 12th May 2021, he died from the awful complications of throat cancer in an undisclosed hospital in the USA.  He was also recognised for his passion for the End SARS protest before he died.

Mrs Folanke Aremu is a Nollywood actress who died in the year 2021 following an undisclosed sickness.

She was one of the spotlight of the Nollywood buoyancy following her consistent and unlimited acting qualities. She featured in several Hollywood movies before striking the limelight and maintained her status.

Till date, the qualities of the Nigerian actress is yet to be replaced as Nollywood enthusiasts misses her.

David Mela was one of the youngest big hitter in Nollywood before death ended his dream. He was just 25 years old.

The fast rising producer and actor gained the spotlight after featuring in several nollywood movies which thrilled most of his viewers.  His status also attracted several fan base.

He was rising to his feet before he slumped to death call tragically. In the middle of 2021, astonishing news broke out alleging that the young man has died from an unknown disease.

It was believed that he has battled with the illness for a long time after he revealed the complication via his social media handle before succumbing to the call of nature.

His death is still registered in the hearts of many via their condolences and sympathy.

Rachel Oniga was among the pinnacle of the buoyancy of Nollywood before her death spanked.  She was born in the year 1957 in Ebute Metta, Lagos State where she grew up and acquired her education.

Her early life after school was pretty much complicated following how she struggled for a job. However, she secured a job at Ascoline Nigeria Limited, a Dutch Consultant Company where she worked for a while and quite before venturing into her acting aspiration.

Shortly after her divorce, she struck the limelight and featured on several Yoruba and other movies which gifted her fame.  However, death struck her in the year 2021 when she had planned to enjoy her struggles. She died from a heart diseases complication after undergoing several surgeries. She is survived by her grand children and children.

The Nigerian songwriter and rapper MC Loph also involved in an astonishing death when his career seem to have emerged to beauty.

He founded the Igbo Afrobeat Rap genre where she combined several languages including Pidgin and reshaped it to his sounds.

Singers like Flavour n’abnia looked up to him when he was living his greatest peak.  He established his fame and was recognised as one of the biggest name in the Nigerian Afrobeat genre.

Death struck him when he found the love of his life and had the plan to marry her. While on a short trip back to his hometown with the plan to introduce his woman to his mother with his sister, they involved in an auto crash at the neglected Benin-Ore Expressway that claimed his and sisters’s life sparing his lover’s life.

Today, several Igbo Rappers like Phyno and many more has vowed that MC Loph Inspired them.

Kefee Obareki Don Momoh who is known famously as Kefee is a Nigerian gospel singer who established her peak as one of the greatest as of then.

She was born in Delta state into a churchy family where she acquired most of her musical inspiration.  During her teens, she was involved in several church activities including singing with the church choirs before striving for her career.

Her music goals spanked after deploying several songs that even went further and beyond the Nigerian space.

However, death didn’t allow her to enjoy her fame. She died shortly after complaining of breathing complications while on a flight trip for her show in Los Angeles.

She was diagnosed with pre-eclampsia and stayed in a coma for 15 days before she succumbed to the call of nature.

Goldie was the face of the Nigerian early feminine Afrobeat genre following the beauty of her talent but death struck her and restrained her from enjoying her fame.

Susan Oluwabimpe established her peak as one of the Nigerian finest after deploying enough hit songs from her musical qualities. She did collaborated with stars like Timaya and other top Nigerian artists before she died.

She also bagged multiple music awards emerging as one of the greatest music stars In Nigeria around 2012 before death struck her.  She suffered a complicated headache before being pronounced dead in the hospital.

Babatunde Okungbowa who is known poorly as OJB also scattered the hearts of the Nigerian music enthusiasts after succumbing to call of nature.

He was born in Lagos state where he grew up and acquired his education before venturing into music.  He emerged as a music producer, singer and songwriter.

However, OJB have suffered tremendous numbers of complication erupted from his kidney diseases and underwent kidney surgery which went successful sparing his life.

He returned to the music scene and suffered another failure which claimed his life after several days of struggles and battle with its complication.  He was the last child of his mother.

He was a Nigerian Gospel maestro who passed away years after establishing his fame as one of the greatest.

He had bagged multiple gospel music awards via his talent which even reshaped his status but death restrained him from enjoying his buoyancy.

He died hours after taking an expired Malaria and Typhoid drug prescribed for his sickness. He was rushed to Delta State University teaching hospital Oghara where he died and left his wife and kids to answer the call of nature.

Today Nigerians still mourn the death of Eric for he was one of the best Nigerian singers topping his game during his time on earth.

The Nigerian singer identified poorly as Olumuyiwa Osinuga also shattered the hearts of the Nigerian musical enthusiasts with his death strike.

He was known popularly for his hit songs counting from ‘Iyawo Asiko’ to ‘Let Them Say’ this often earned so much love for him before he succumbed to a heartbreaking death.

His death was spanked after he was diagnosed with Typhoid fever luring him to several complications which he couldn’t survive.

In the early days of March 2016, he was announced dead after dying from the complications of Typhoid fever at an undisclosed hospital.

Multiple Nigerian still remember his death scandal having impressed them with great music.

Ada Jesus who is recognised as one of the Nigerian fast-rising comedienne experienced the shock of her life after encountering a kidney disease and failure just while she achieved the public attention.

She was known for dissing celebrities, making skits and séx talking. This

issued her fame but she was unfortunate when she had a public trauma with the Nigerian prophet Pastor Odumeje who clashed with her and she allegedly had a kidney failure.

She was brought to his congregation for forgiveness. Pastor Odumeje did forgive her after several approach but it was already late.

Her fans battled for her life until she succumbed to the call of nature leaving astonishing memories in the minds of her fans who dreamt for the future.

She left her Abroad based husband and family who looked up to her for their family bond.

forgiveness. Pastor Odumeje did forgive her after several approach but it was already late.

Her fans battled for her life until she succumbed to the call of nature leaving astonishing memories in the minds of her fans who dreamt for the future.

She left her Abroad based husband and family who looked up to her for their family bond.

He was a Nigerian music producer who worked with top Nigerian stars like Davido, Nateo C, Late Dagrin and Wizkid before he relocated to the United States where he was alleged to have shot dead.

News broke out early this year that the Nigerian music producer was shot dead at the Beverly Hills after engaging in a gun fight with rivals.

However, other sources disclosed that the Nigerian music producer died from a drug overdose having even engaged in several hard drugs trafficking in the US where he migrated.

He was involved and captured in so many crimes before he was pronounced dead in the US. He was buried Abroad amidst the strong protocol of the Covid-19. Today, Nigeria still misses his impact in the Nigerian music firm.

The Nollywood actor identified as Ernest Asuzu also fell a victim of untimely death after a terrible battle with stroke.

He was recognised as one of the best Nigerian actor in the early years of  2011 and up until a heavy stroke struck him and forced him out from the movie scene and peoples TV.

He battled the sickness for several years which bankrupt him luring him to penury again. In the early 2021, Ernest was seen begging for money following how the struck have bankrupt him.

Several good Samaritans donated money for him and he gained his strength partially before slumping and never woke up again.

His wife announced the sad news on the day he passed away leaving several hurts in the hearts of Nigerians.

He was the early star of the Nollywood forum where he deployed most of his acting skills before dying naturally at his old age.

He rose to fame after staring in Cockcrow at Dawn. He won Africa Movie Academy Award for Best Actor for his role as “Inspector Waziri” 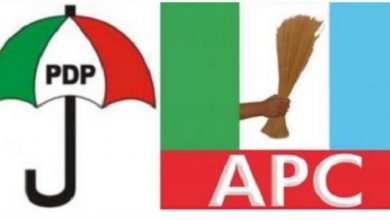 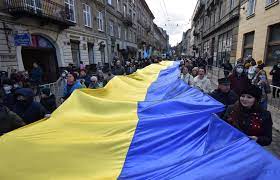 Ukraine’s history and its centuries-long road to independence